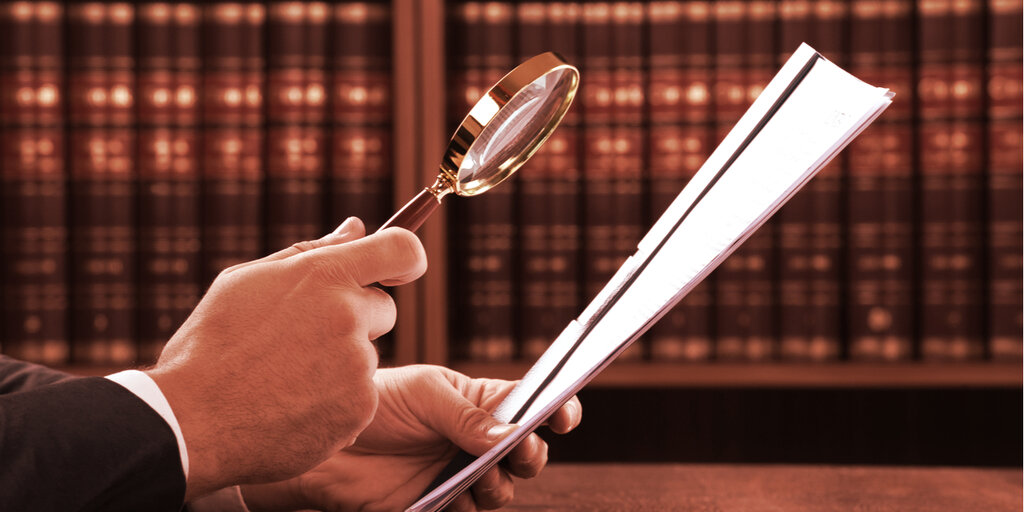 The $1 trillion infrastructure bill, which passed in the Senate in early August and is expected to be approved by the House, is the gift that keeps on giving.

At first, it was about roads, bridges, and clean water. Then a pay-for provision promised to give American crypto users new tax reporting requirements. And now there’s a new twist.

A report published today by the Proof of Stake Alliance (POSA), an advocacy group that counts Coinbase Custody and Solana as members, details an “overlooked” amendment to the tax code within the 2,700-page bill that will make it a felony to incorrectly report receiving cryptocurrencies, NFTs, or other digital assets.

The infrastructure bill passed by the Senate and now pending in the House contains an overlooked “digital assets” provision that would be a disaster if it becomes law.

Writing in his role as an advisor to the POSA, law professor Abraham Sutherland details how the infrastructure bill amends Section 6050I of the tax code. The amended section 6045 that caused so much consternation when it made it through the Senate changed the definition of “broker” to cover those handling cryptocurrencies.

Industry lobbyists and cryptocurrency advocates such as the think tank Coin Center argued that the bill as written would force Bitcoin miners and validators on other networks to file 1099 forms for the people whose transactions they were processing—even though they lacked the personal information needed to do so.

Section 6050I, on the other hand, deals with the tax reporting requirements of those who ultimately receive the cryptocurrencies. While Americans must already report their crypto gains to the IRS just as they would with other investments, Sutherland says the amended provision goes much further: They must tell the government who sent it, including reporting social security numbers, when the value of the digital assets is more than $10,000. Not doing so within 15 days constitutes a felony.

This raises at least two issues. First, as Sutherland notes, it’s just as unwieldy as the section 6045 amendment: “This provision demands the impossible because the digital assets might not be ‘received’ from a person whose personally identifiable information can be verified and reported—including cases where the digital assets are not ‘received’ from a person or entity with a tax ID number, period.”

Second, as Sutherland alludes to and as Coin Center Research Director Peter Van Valkenburgh hammered home in a blog post, it might just be unconstitutional. The tax code currently mandates that people report such information to the IRS when they receive $10,000 in cash. That passes Constitutional muster because the bank acts as a third party; otherwise, authorities would need a warrant under the Fourth Amendment. But in cryptocurrency, a peer-to-peer transaction doesn’t have a third party.

Writes Van Valkenburgh: “One person to a two person transaction is obligated to collect a load of sensitive information from her counterparty and hand that to government officials without any warrant or reasonable suspicion of wrongdoing.”

Though he writes that Coin Center usually doesn’t “object to equal treatment of cash and cryptocurrencies,” in this case the “provision is a draconian surveillance rule that should have been ruled unconstitutional long ago. Extending it to cryptocurrency transactions would further erode the privacy of law-abiding Americans.”

Sutherland also calls into question the process by which the amended IRS code will become law—via a bill on completely unrelated topics. “A statute creating felony crimes for users of digital assets should be debated openly, not quietly inserted into a spending bill,” he wrote.

A rally for Chainlink might be fueled by these key factors