See the chart below for the daily gas price in March and April 2022. 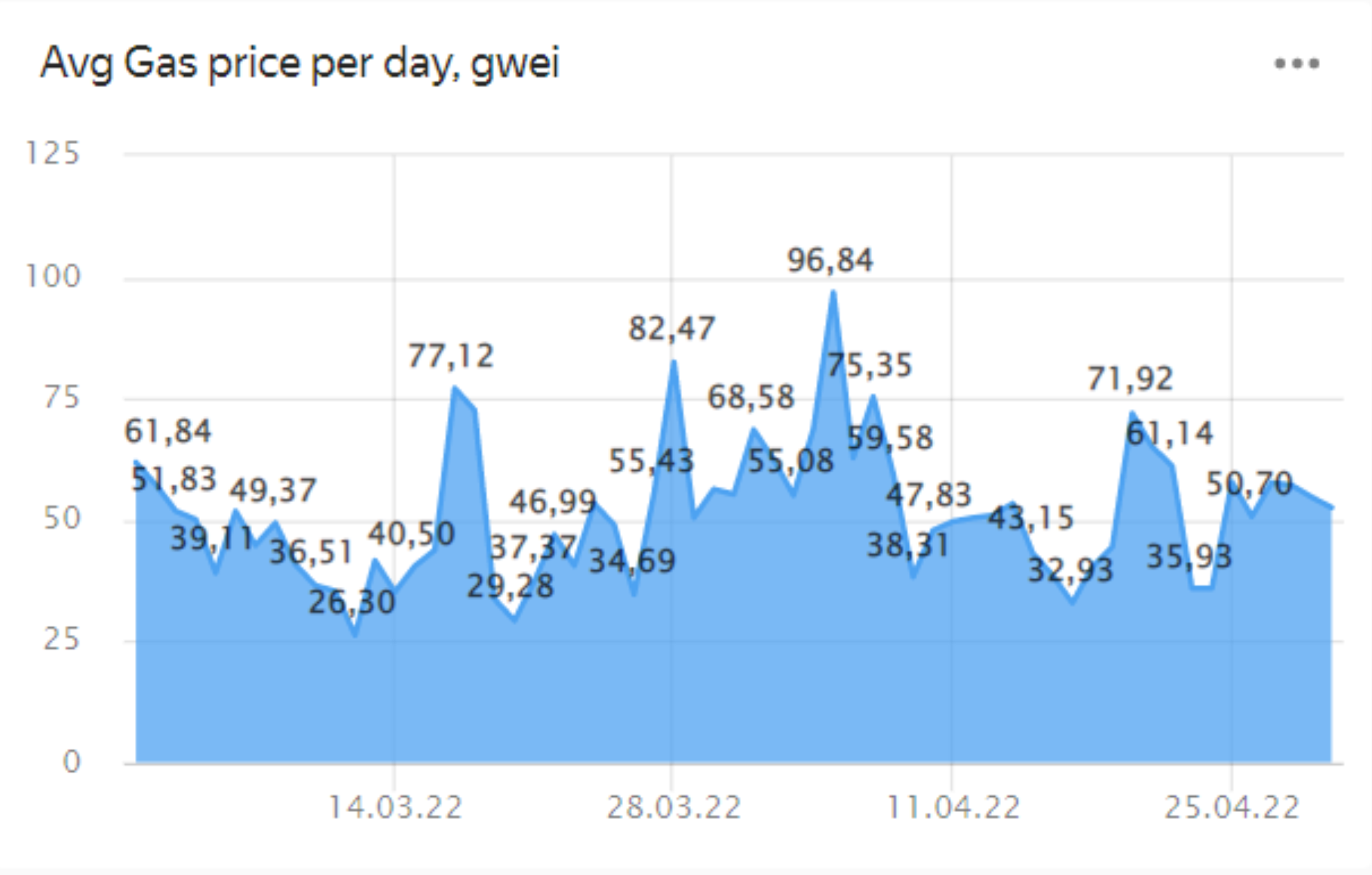 What does this data tell us?

The amount of the gas fee is variable, set by the miners based on current supply and demand. The cost of Ethereum gas depends on several factors.

Based on this, we can conclude that most likely users on the network spent more time interacting with more resource-intensive, complex transactions in smart contracts – rather than simple transactions, since the number of blocks and the number of transactions decreased but the gas prices rose in April.

According to the data, the creation of new ERC-20 tokens on the Ethereum network decreased slightly in April – by eight percent compared to March – while BSC token creation dramatically decreased by 43.7%. But if we compare, for example, the number of tokens in the BSC testnet, we can see significant swings of 50.2% and up (88,730 in March – down to 41,186 in April).

Looking at the general trend for the total tokens created on EVM networks over the last two months, in March 2022, we saw a sharp increase in the number of tokens compared to April, especially on the BSC testnet. This is evidence of projects testing their tokens and generally having a bullish outlook, expecting growth across the board.

But in April, the expectations of market players did not pan out, with the price chart for the main cryptocurrency stagnating and starting to dip downward. If we trace the number of tokens being created on EVM networks, we can see that it depends directly on the overall mood of the market, and therefore on the Bitcoin price chart, which is continuing to drop.

The data on ERC-20 tokens created across various networks is as follows.

Olga Ortega is the chief product officer and co-founder of the real-time DeFi explorer AnalytEx by HashEx. She is an accomplished expert in the field of IT, with over 12 years in development and implementation of large-scale data systems. Over the years Olga held managerial positions in multiple global organizations, such as IT giants Google and Facebook. At AnalytEx, she is responsible for driving the project’s development.

Check out the Latest Industry Announcements

As Terra Dies and Forks, Protocols and Projects Move to Polygon