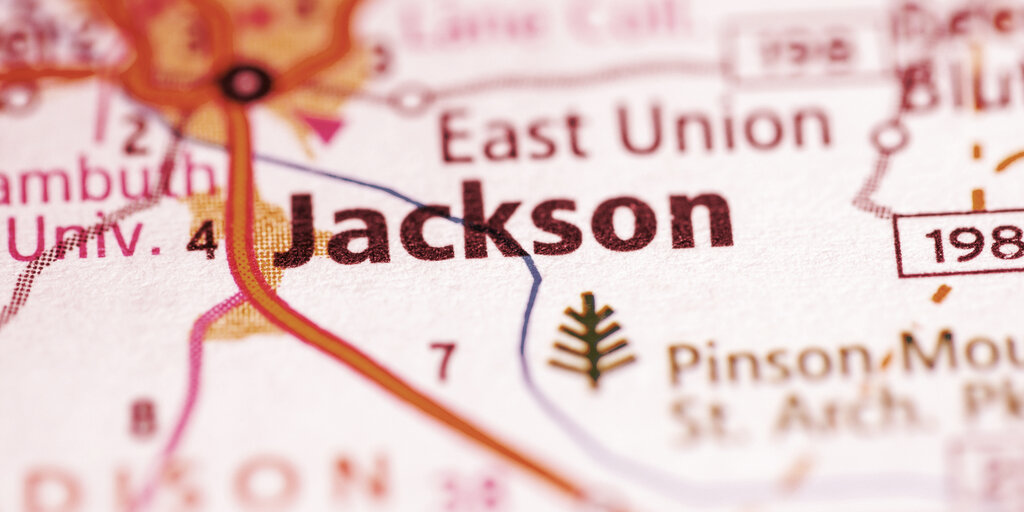 Conger said that a blockchain task force he formed has discussed accepting property tax payments in Bitcoin and allowing the city’s employees to invest in Bitcoin through dollar-cost averaging—where investors buy Bitcoin periodically to negate its volatility.

Our blockchain task force is looking into how the @CityofJacksonTN can accept property tax payments in #bitcoin and allow our employees to DCA in Bitcoin.

Conger tweeted: “Why do we accept inflation? Why don’t we demand more from our federal government? 6.3% in 2 years. 172.8% in my lifetime. Every year our dollar is worth less. There is no rebound. There is only 1 fix for this.. #Bitcoin.”

Why do we accept inflation? Why don’t we demand more from our federal government?
6.3% in 2 years. 172.8% in my lifetime. Every year our dollar is worth less. There is no rebound.
There is only 1 fix for this.. #Bitcoin

Conger has been sold on Bitcoin for a while. He’s added laser eyes to his profile picture to signal his prediction that Bitcoin will rise to $100,000. And on April 8, he tweeted that he’d met with Miami’s Bitcoin bull mayor, Francis Suarez, to work out how to integrate cryptocurrencies into Jackson’s economy.

Conger told Blockworks that Mayor Suarez got him interested in using Bitcoin in cities. “It really hit home once it was pointed out the price of lumber in dollars — massive inflation — vs the price in Sats [a tiny denomination of Bitcoin],” he said. Lumber, he concluded, would be cheaper if bought with Bitcoin.

Conger also told Blockworks that he hopes Jackson becomes a hub for crypto mining operations in the future. With Francis Suarez offering exiled Chinese crypto miners refuge in the city and a slice of Dade County’s nuclear power, Conger will have to raise the bar.

What is Polkastarter Protocol? A Project for Truly Interoperable DeFi