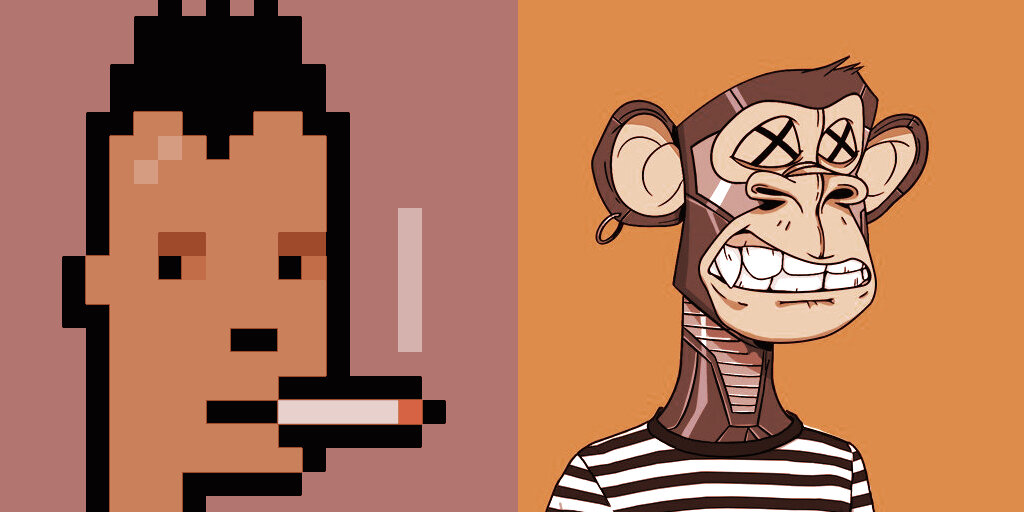 The NFT market for crypto collectibles and tokenized artwork continues to set new peaks in August, with Monday marking the all-time best day for trading volume at leading marketplace OpenSea along with several popular NFT collections.

OpenSea has set and then beat daily records several times this month, reaching a new peak of $194.6 million of trading volume on Monday, according to data from Dune Analytics. That’s a sizable leap over the previous record of $125 million set on Sunday. The marketplace’s monthly trading volume now sits above $1.83 billion so far in August, already more than quintupling the previous record of $325 million in July.

An NFT acts like a deed of ownership to a scarce digital item that can be verified by a blockchain, and the number and types of NFTs on the market keeps growing. For example, an NFT can represent an illustration or digital painting, a video file or animated image, a video game item, and plenty more.

Alongside the continuing boom of activity around the Ethereum-centric OpenSea, several popular NFT collections also hit new peak trading volume tallies on Monday. CryptoPunks was the big story of the day, with sales of the seminal NFT collection surging after Visa’s morning announcement that it had purchased one of the Punks.

Yesterday’s CryptoPunks surge came immediately following the announcement that financial services giant Visa had purchased the NFT for about $150,000 worth of ETH. In total, 380 CryptoPunks were sold yesterday out of a total of 10,000 NFTs in the set, and the most affordable CryptoPunks listed for sale were over the $230,000 mark. Overnight, a CryptoPunk sold for 1,600 ETH—or $5.1 million at the time of sale.

Also on Monday, Art Blocks—a large collection of generative art drops from various artists—continued its upward ascent with a new daily record of $69.4 million of trading volume on Monday, per CryptoSlam. That total was punctuated by the sale of a piece from Tyler Hobbs’ Fidenza drop for 100 ETH, or about $3.3 million.

It’s the most expensive Art Blocks sale to date, and one of now 11 pieces in the collection to sell for at least $1 million worth of ETH. All of those sales have taken place within the last 15 days. The collection has accounted for $341 million of trading volume so far this month, as of this writing, out of a lifetime tally of $436 million since November 2020.

“It’s all overwhelming, but we have an incredible team and are pouring our hearts into this,” Calderon said. “As a result, we are enjoying the success.”

Leading Ethereum-based NFT game Axie Infinity didn’t set a volume record on Monday, but still continued its staggering pace of NFT sales that started earlier this summer. Axie’s $22.8 million worth of NFT trading volume on Monday contributed to an in-progress August tally of over $691 million in volume for the game, and a $1.52 billion lifetime tally. No other current crypto game has come close to matching Axie, although there are plenty of games on the horizon.

“Trading volumes are skyrocketing and gaming collectibles have led the way this month,” said Ian Kane, Senior Content & Media Relations Specialist at crypto analytics firm DappRadar. Traffic to DappRadar’s gaming-related pages jumped eightfold in July, said Kane, and unique active wallets playing crypto games more than doubled to 740,000. “As more and more people become interested in the possibilities of the metaverse and what play-to-earn can offer, blockchain gaming is set for swift growth,” he said.

Visa’s CryptoPunk announcement on Monday signaled a further corporate embrace of NFTs, following last week’s news about Arizona Iced Tea purchasing a Bored Ape Yacht Club NFT. Both announcements were followed by an immediate boost in trading volume for each respective NFT collection. However, the wider market has been surging for about a month now, so it was like an extra nudge to the already-explosive activity.

Briefly, just over a week ago, it looked as though the frenzy was fading again. Profile picture collections like CryptoPunks and Bored Ape Yacht Club saw significant percentage drops in trading volume after the early August pop, and some wondered if it would be a short-lived aftershock following the early-year NFT boom.

The NFT market burst to life in early 2021, with the top marketplaces generating $2.5 billion worth of trading volume in the first half of the year. However, there was a notable decrease in buzz and attention around the space in late spring and early summer, lending credence to the idea that it was a short-lived speculative bubble.

Recent volume figures from OpenSea, Axie Infinity, and other marketplaces now show, however, that Q3 2021 is certain to comprise more total trading volume than the entire first half of the year. And that’s with more than a month left to go in this quarter. Ultimately, the NFT market is still so new and volatile that it’s difficult to predict what will happen next.

“[I’ve] been in crypto and NFTs since 2017. Impossible to say what the future will bring,” said Art Block’s Calderon. “If, however, blockchain powered generative art does cement itself as a new mainstream medium of art for collectors within and outside of our nerdy blockchain space, I can see the compelling desirability of having artworks minted on Art Blocks (and other O.G. NFT projects). In that case, the madness can potentially continue. But there is a limit. I thought Punks hit that limit at $2K, so at this point my crystal ball has failed me miserably.”

As Nansen’s Svanevik points out, industry watchers have suggested that the market has peaked on multiple occasions, but NFTs keep surging. He’s optimistic now, however, given how many different NFT collections appear to be sustaining attention of late.

“NFTs are establishing themselves as an exciting new asset class with a regular inflow of new buyers. This is reflected by a consistent increase in the amount and type of NFT collections able to sustain active-markets,” he told Decrypt. “Whilst many have already called the top multiple times on NFT markets, the consolidation of price followed by new market highs continues to surprise even the most avid NFT collector.”

Editor’s note: This article’s headline was updated after publication as CryptoPunks are not sold on OpeanSea and not counted in its daily sales tally.