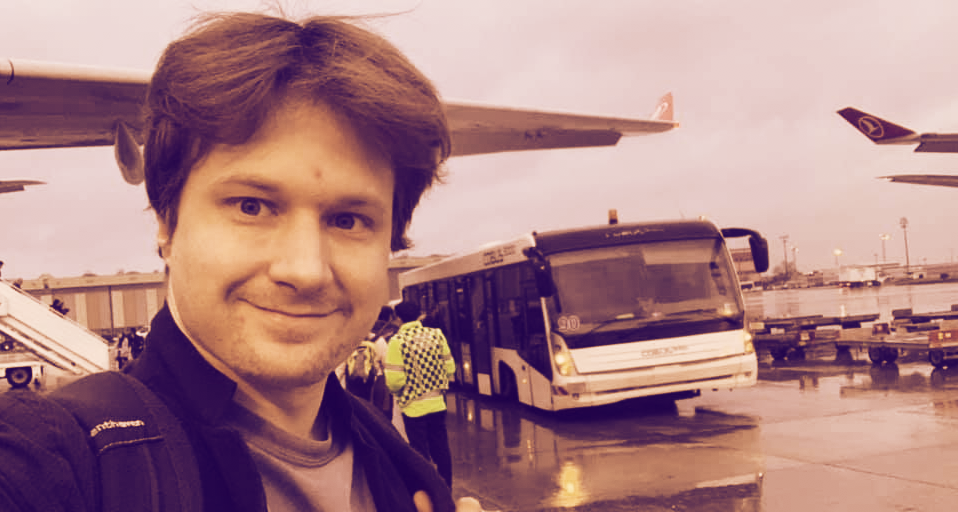 Ethereum developer Virgil Griffith has been taken into custody after a federal judge found he had violated the terms of his bail, according to reporting from Inner City Press.

Griffith, a researcher with the Ethereum Foundation, is charged with conspiracy to violate the International Emergency Economic Powers Act.

Federal authorities believe Griffith assisted North Korea’s efforts to launder money via cryptocurrency to avoid U.S. sanctions by presenting at a blockchain conference in the North Korean capital of Pyongyang in April 2019.

Virgil Griffith was surrounded by two US Marshals and took off his belt before being taken into the holding cell. His lawyer Mr. Klein, when the Press asked, said he had no comment. Virgil’s father, whom Inner City Press previously spoke with, nodded. Podcast soon pic.twitter.com/4qPH0K3nVE

After initially being denied bail, Griffith was ultimately granted a bond order for $1 million at the end of December 2019.

But the U.S. Attorney’s Office sought to revoke Griffith’s bail after he allegedly tried to access his cryptocurrency account on Coinbase via a third party—his mother. He had been granted bail on condition that he not access his accounts and remain under house arrest with his parents in Alabama.

Griffith’s attorney argued it was a misunderstanding and that the developer, who holds a Ph.D. in computation and neural systems from the California Institute of Technology, wouldn’t have needed help from his mom.

Judge Castel of the U.S. District Court for the Southern District of New York was having none of it. He cited the expanding price of Ethereum since bond was first set as a reason for Griffith to risk touching his accounts. Sensing a potential flight risk, Castel ordered Griffith taken into custody.

If found guilty of the conspiracy charges, he faces up to 20 years in prison.

After outperforming Bitcoin and Ethereum, this token crashed by 25%