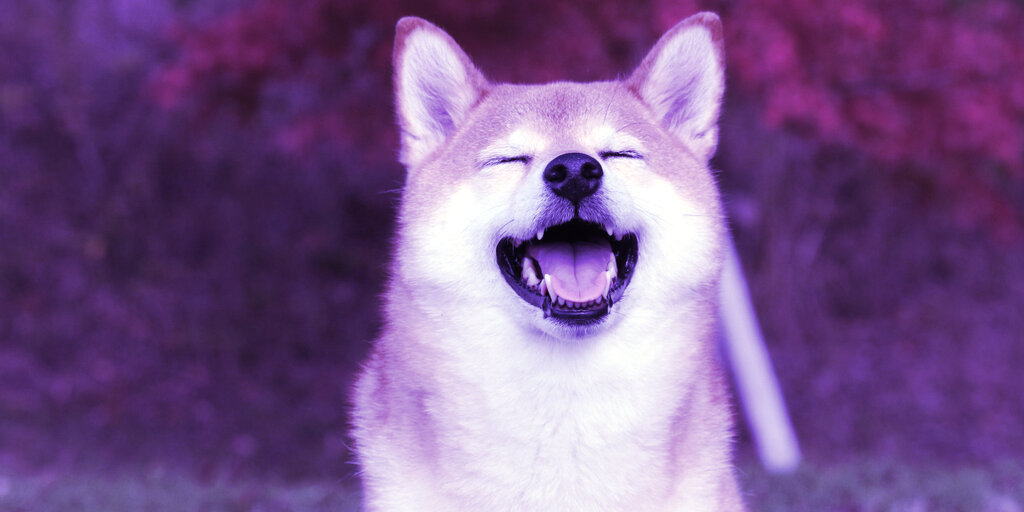 Meme coins and tokens like Dogecoin and Shiba Inu ruled much of the conversation around the early-year crypto market boom—but when the market spiraled in May, their respective prices fell harder and faster than most contemporaries. However, with the market currently on the upswing, those volatile assets are now rising faster than many others.

Dogecoin’s price is currently up 27% over the last week, according to CoinGecko, currently sitting at a price just above $0.26 per coin. It was briefly higher over the weekend, reaching $0.27 on Saturday—the highest price seen since late June. Compare that to a 16% rise in value for Bitcoin over the last week as well as 24% for Ethereum, the latter of which was seemingly boosted by last week’s London hard fork network upgrade launch.

Even at this level, the price of DOGE is an enormous 64% off of its all-time high price above $0.73 set in early May, before the entire market crashed and fell into a months-long slump. Still, DOGE’s price has increased dramatically since the start of the year, when it was priced under a penny per coin ahead of a late January jump. DOGE is still up more than 4,600% in value since then, despite the steep drop from its peak.

Shiba Inu’s recent resurgence has its own unique wrinkle, however. The ERC20 token running on Ethereum has only been around for a few months, so it hasn’t built up quite as much long-term sentiment or history as the years-old Dogecoin, plus it crashed even harder: SHIB’s price is currently down 79% from the all-time high set in May.

Shiba Inu’s developers attempted to jump-start the token’s market momentum on Saturday by burning $25,000 worth of the token—about 3.65 billion SHIB at the time—or removing that amount from circulation to try and boost the price of the remaining tokens. At the same time, the developers burned the same amount in USD of the accompanying LEASH token, and launched new liquidity pools on the ShibaSwap decentralized exchange (DEX).

Burning vast amounts of tokens is part of the SHIB ethos. The project launched with 1 quadrillion SHIB tokens minted, but then the developers then sent about half of those tokens to the wallet of Ethereum co-creator Vitalik Buterin and claimed that they were “burned,” believing that he would never touch them.

Instead, Buterin donated about $1 billion worth of SHIB to an Indian COVID-19 relief fund in early May and burned the rest of the tokens—about $6.74 billion worth—causing the price of SHIB to plunge about 50% soon thereafter. The crypto market crashed right around this time, too, seemingly exacerbating SHIB’s decline and leading to the vast loss in value in recent months.

Whether these top meme-inspired crypto assets retain this latest price bump remains to be seen. Still, DOGE and SHIB holders who have weathered especially rough market dips in recent months should be pretty pleased to see any kind of turnaround.

Bitcoin and Ethereum Surge to Highs Not Seen Since May

Crypto Will Be Used as an Investment Tool