Are BTC miners done with the worst for this financial quarter? This data suggests…

Bitcoin [BTC] miners continued selling off massive units of the king coin as the pressure to uphold its stay mounted. This development came to light through Joaowedson, a CryptoQuant analyst. He pointed out that the increasing cost of mining might have forced this position. Joaowedson, who doubles as a data scientist, elaborated,

“Faced with the current price of Bitcoin and the high cost of mining in several countries. Miners are being forced to sell their positions.”

Get it out in large sums

CryptoQuant’s data showed that the recent BTC sold by miners was not insignificant by any means. At press time, Bitcoin miners had let go of 10,000 BTC as of 1 December. For the inflow, it was not close at all. The last time there was a significant inflow by miners was on 26 November when 2,569 BTC flooded in.

This condition meant that miners may remain unprofitable for a period longer than expected. Furthermore, the constant miner sending out implied that it was possible for either another drop in BTC’s price or a volatility increase. This was because the Miners’ Position Index (MPI) relates to the one-year Moving Average (MA). Hence, this could have propelled the miners’ action when compared with the declining supply.

As expected, the sell–offs had affected the mining revenue even though it had been in a similar state for months. According to Glassnode, the total revenue of BTC miners at the time of writing was 814.28 BTC. This meant that the rewards and fees generated since 2022 began were nothing to be excited about. 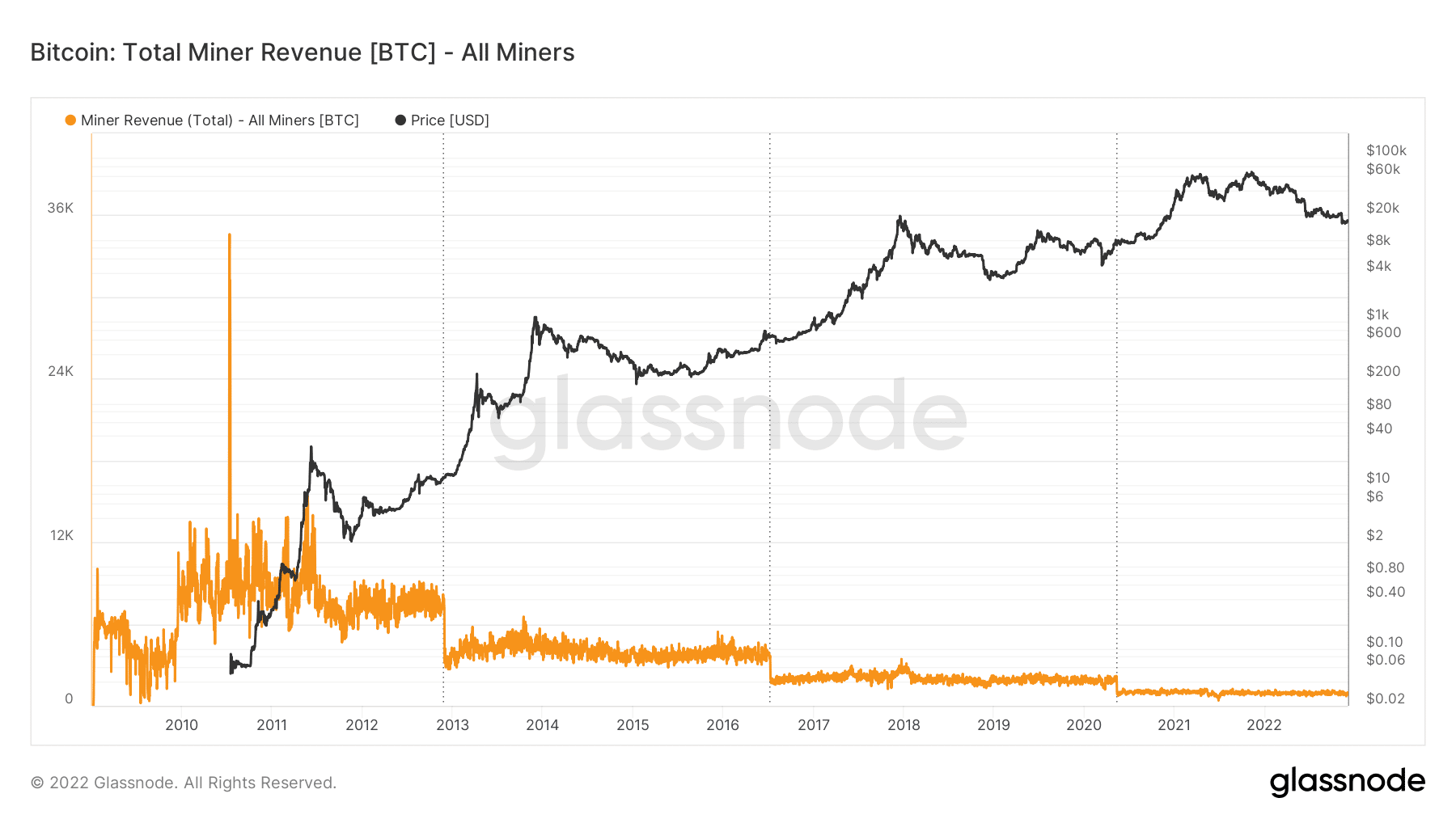 Besides the revenue reduction, the BTC hash ribbon indicated that more fall could be close by. According to Glassnode, the hash ribbon revealed that Bitcoin was still expensive compared to the mining cost. Also, the metric indicated that the worst was not over yet, as the 30-day MA had not crossed the 60-day MA.

In a case where this happens, the hash ribbon changes from the light red signal to dark red. Since the condition at press time was light red, it meant that BTC could see further downside and the current price was most likely not the bottom. 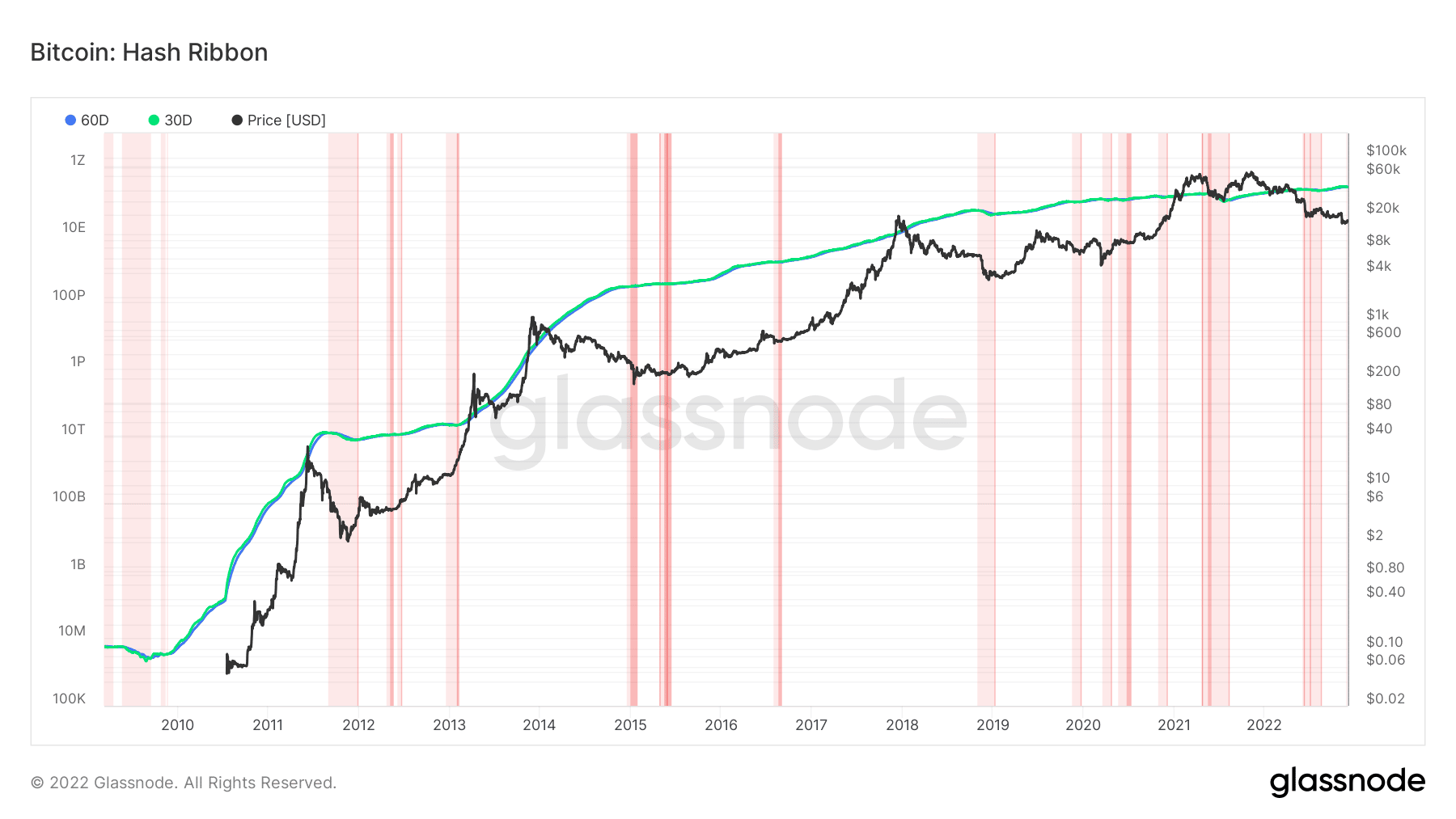 As for its price, BTC was exchanging hands at $16,971. Based on data by CoinMarketCap, this value represented a 2.28% respite in the last seven days. However, the 30-day performance was at a decline of 16.43%. Considering the data analyzed above, BTC might be unable to consistently trade above $17,000 in the short term.