Altcoins Continue to Rise While Ethereum and Bitcoin Fall 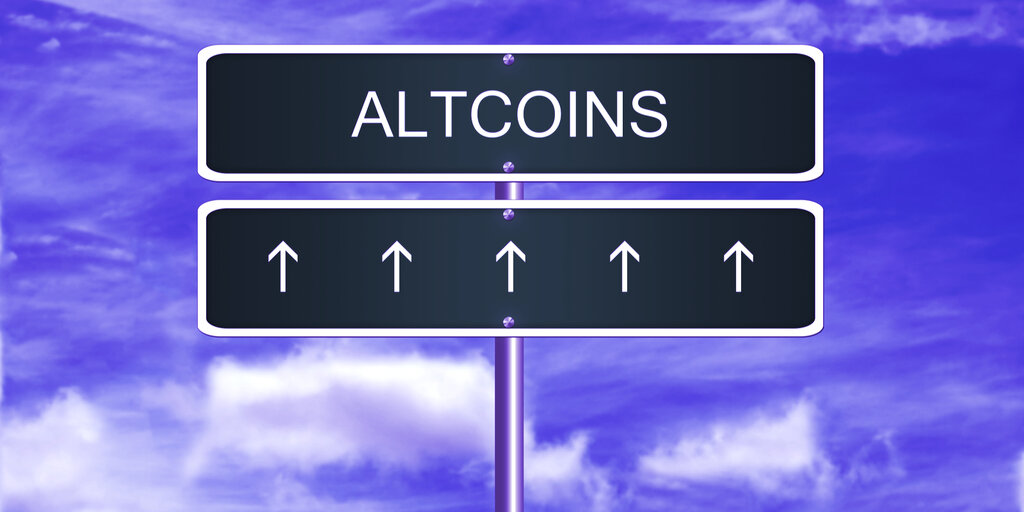 As global cryptocurrency markets lost 1.5% of their market capitalization overnight, several of the largest cryptocurrencies also nosedived. But this week’s overnight slumps have not erased the overall gains made by altcoins like Solana, Terra, and Algorand.

Today’s performance is nothing new for Solana. Last month, the Ethereum competitor wasn’t even in the top 10 cryptocurrencies by market capitalization. At the beginning of the month, Solana flipped Dogecoin to reach seventh place. By Tuesday this week, it flipped XRP for sixth place.

Solana isn’t the only currency on a smart contract blockchain that has seen explosive price movement. Algorand is up 5% today, and 77% higher than last week as it trades for $2.15. Algorand was trading at $0.88 cents only last month, which means the currency has trebled in value over this period.

On August 31, Algorand announced that it had signed a cooperation agreement with Latin American blockchain fintech company Koibanx to develop El Salvador’s blockchain infrastructure on the Algorand blockchain.

Terra has also weathered the slump well today. It trades at $39—5% higher than yesterday and 21.2% higher than it was this time last week.

Few realise it, but #TerraAutumn is coming ??

In this thread, I share my mental model for @terra_money and guide to the end of year setup as I see it ?

The most notable upgrade will be the deployment of the Columbus-5 mainnet this month. Col-5 was originally scheduled for release on Thursday, but the Terra team has announced that it will be delayed by about three weeks.

Col-5 integrates with Cosmos’s Inter Blockchain Communication protocol to enable Terra to interact with other blockchains. Other perks include simplified stablecoin swapping, burning, and the ability for LUNA stakers to receive swap fees.

The two market leaders Bitcoin and Ethereum have significantly depreciated in value this week. Bitcoin is down 9.3% in seven days to trade at $45,600, while Ethereum is down 15.2% to trade at $3,322.

The ‘ideal’ store of value and what the Bitcoin standard ‘fixes’